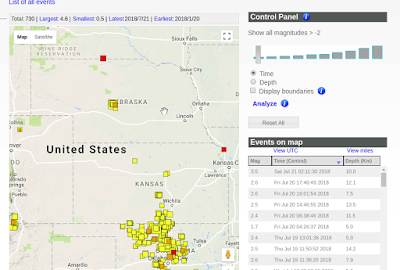 This is an m4 earthquake, well felt.  Taking a Google zoom, we find a classic injection site layout. 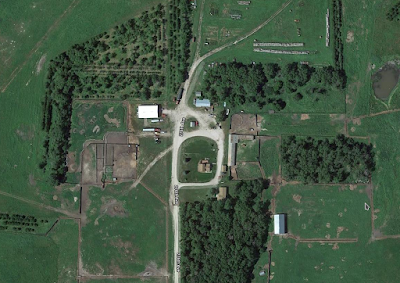 They'll soon stop when old ladies start hitting them with their canes.  The knick-knacks are smashed!

ps.  It's funny because this actually is a conspiracy in the trumpy states.  Texas knew what caused the earthquakes and tried moving it around the state.  They must have finally told Oklahoma which seems to have banned it.  Now it's up in Nebraska.  Where next?


pps.  It won't last because the place is jammed with casinos.  Imagine the poker chip towers coming down.  :)

more:  so here we have a fleet of trucks, carrying 'liquid earthquakes' roaming around the country, convincing the local injectors to 'try their stuff'.  "You can make a million dollars before the first earthquake, and then run."