I feel like such a scab using the USGS web site.  But they keep things going for the big earthquakes, even though there are all sorts of disclaimers that nothing may be accurate. 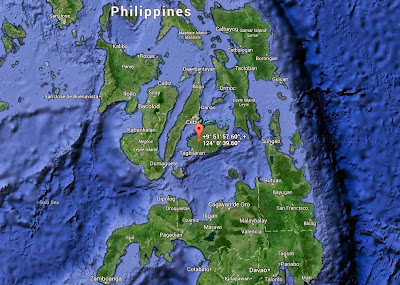 This is the setting of the earthquake.  Note the big subduction zone, and there should be a lot of volcanoes.  Normally, you only expect 'normal' earthquakes in this back region, but this was a shallow thrust. 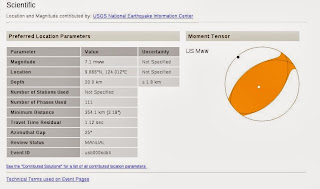 I have no idea why, except that these things happen when the upper plate is being driven over the subduction zone.  Tends to squeeze off the volcanoes, or make them more violent when they do blow.  Nevertheless, a shallow thrust like this would mean a high PGV at the surface, which meshes with some of the reports.  Good thing this was a lightly populated area.  Without instrumentation, we'll never know if this was a super-quake.

Update:  The pictures show a general PGV of only 20 cm/s with probable soil amplification of 5 times.  There are large settlements.  You need a good USGS guy to look around.  :)
Posted by Harold Asmis at 11:46 AM