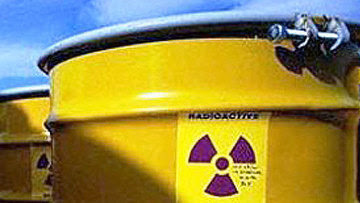 PARIS, Oct 12 (Reuters) - EDF (EDF.PA) is sending to Russia spent nuclear fuel that needs to be reprocessed, the French nuclear power producer said on Monday, denying a French press report that it was using Siberia to dump nuclear waste.

The world's largest nuclear energy producer said that radioactive waste was kept in France, where it was processed and stocked in dedicated facilities at Areva's (CEPFi.PA) storage site of La Hague, on the northwestern coast of Normandy.
**

MOSCOW, October 12 (RIA Novosti) - France's Liberation newspaper has published the findings of a report claiming that spent fuel from French power plants is being stored at an open-air site in Russia.

The findings will be broadcast in a documentary on the TV channel Arte on Tuesday.

According to the research, EDF, the main French electricity company, sends some of its nuclear waste to a center near the Siberian city of Tomsk. However, the technology for processing the waste is reportedly absent, and the depleted uranium is merely dumped in an open site.

Liberation says that 13% of waste from nuclear power plants owned by EDF is stored there.

Who cares what the eventual story is, this is funny!

Oh I'm sure there's nothing to worry about.

Ha,ha. Yes, that about sums up the state of electronics in these plants.