The Breathing of the Oklahoma Earthquake Mechanism

We're on an exhale right now, so I thought I'd dig something up. 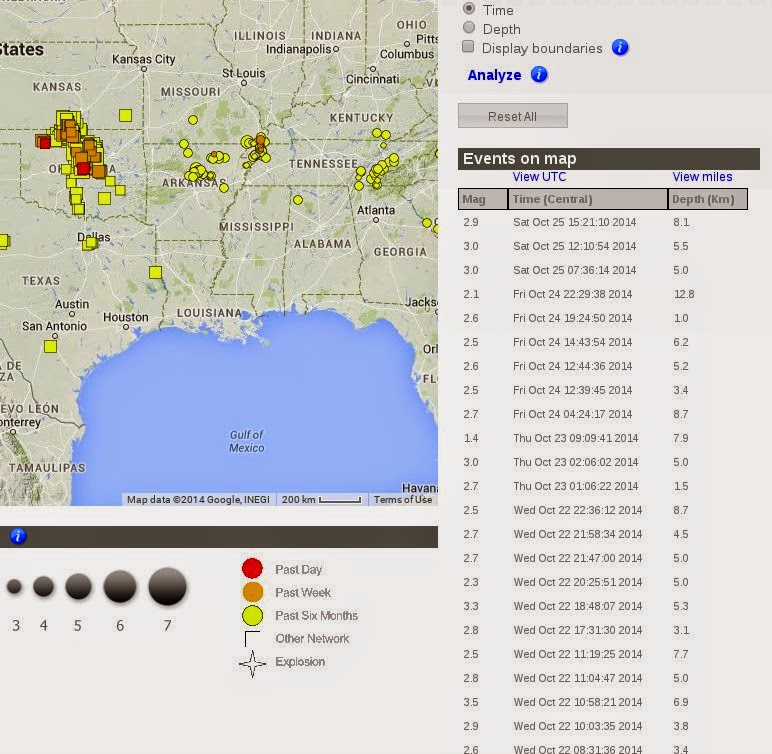 The OK mechanism is one big organism, and it breathes - one day busy, one day light, etc.  By this I mean it is composed of discrete elements, and no longer acts as an elastic body.  Discrete element modelling is great fun.

You model as a bunch of little independent components.  This is a huge one requiring a super-computer, but you can do little ones on your computer (Great Science Project!).  Once activated it appears as a living organism, since a little disturbance propagates as slow displacement waves, in an irregular manner.

Think of a sand pile being slowly fed from the top.  You look at it and see the obvious, many slope failures as the sand attempts to keep its angle of repose.  But if you shone double lasers at it (Great Science Project), you would see it's alive, since every slope failure must be set up by slow displacement waves.  (I just thought that up, never been done before.  Isn't the brain wonderful?)

This is the only fun I get from Oklahoma with its high fractal roughness.  By now Arkansas or Ohio would have had a storm of 6's.  It's like watching paint dry, which I'm doing right now.