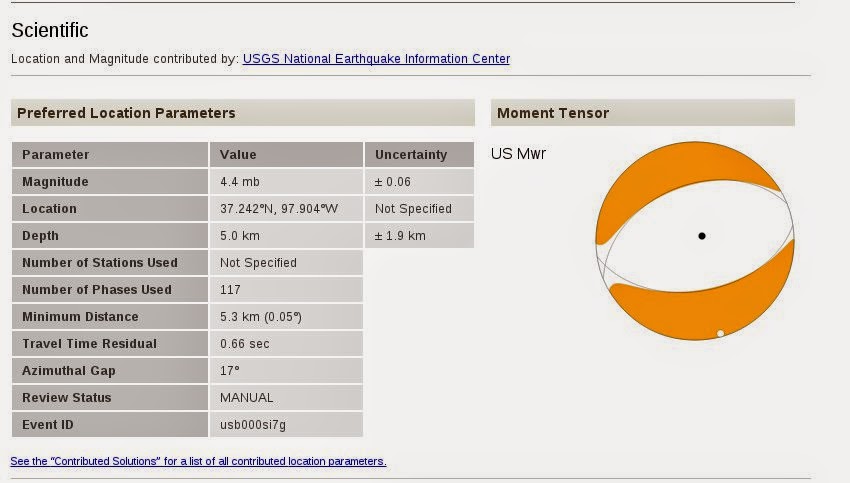 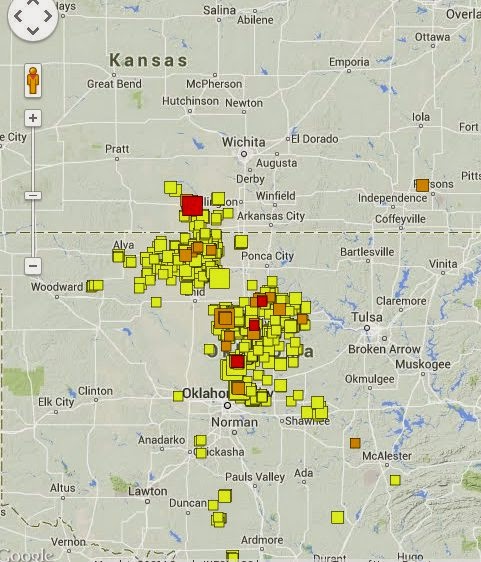 I'm working on my Halloween Earthquake Monster poem, which I would release on that day, or a big earthquake, whatever came first.  I better hurry up!

Nothing to say, except that this is a much bigger version than the last one.  They'll probably knock it down, since it is a normal (tension) earthquake, and not much PGV for its size.  That's one reason that everybody thinks induced earthquakes pack less bang for the buck.  Now, had it been thrust, near houses, that would be something!

M4.4 is the magic number where both Arkansas and Ohio gave up.  I give credit where credit is due, and these two states won't be cowed by such a weeny little earthquake.  They'll go up to 7 at least!

Remember Kansas, you can keep your 4.8 billion dollar income if you pay me a few million for the Fish Treatment.  :)

Update:  I'm looking at the street view of the epicentre, Danville, totally destroyed.  Wait!  ... that was a picture taken before  .... drat.

Update3:  Quite a number of aftershocks.  The injectors will be happy as the pressure drops.
Posted by Harold Asmis at 2:56 PM