Oklahoma earthquakes - not much for the week

Up at the cottage we have intermittent wireless internet, so I don't do much.  I'm glad when nothing big happens. 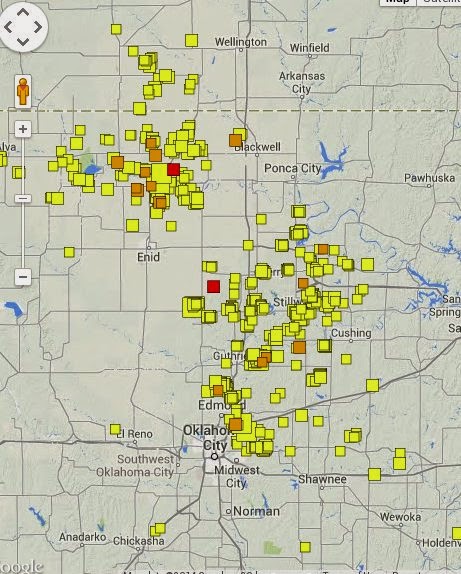 The only big news is a new Science paper that purports to explain everything.  This was carried on all the media - yeah!  The article is behind the paywall, so I couldn't look at it, but it smacks of the seismologist abuse of physics.  Remember, they only go into that field because they can't do math!

Anyway, they blame 4 wells SE of Ok City that inject mostly deep water extracted from wet oil.  Ha!  They should close those wells and see what happens.  Meanwhile, I'm waiting for the next phase which is a large thrust earthquake.  I hope it doesn't happen while I'm fishing.  :)

Update:  They had their big meeting, and everybody out-stupided themselves.  I like the 'Japanese Scientific Whaling' justification.