I remember that fable where the guy killed 7 flies in one swat, and went on to say 7 giants in one blow.  In the same way the news is full of 7 earthquakes in one day.  The best one was the M4.3 along the shear zone.  It was an oblique shear with a thrust component. 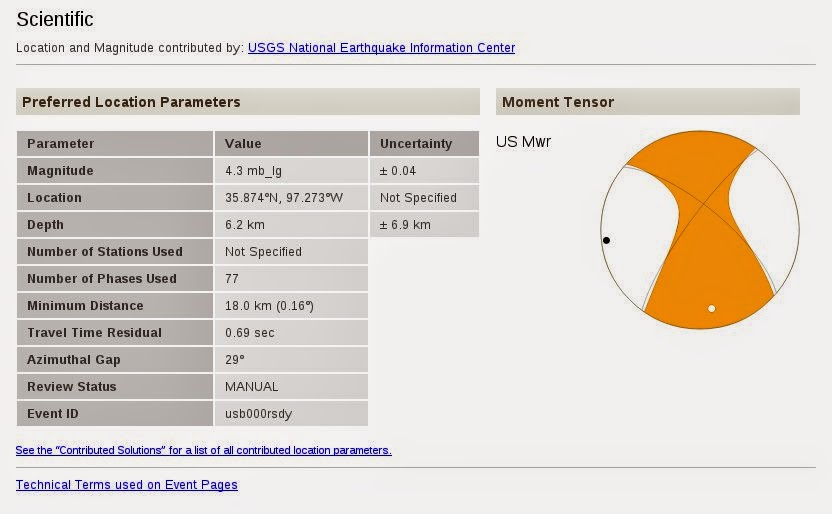 That thrust aspect added some more juice to the ground motion, so that it was an Intensity IV, which is probably scary. 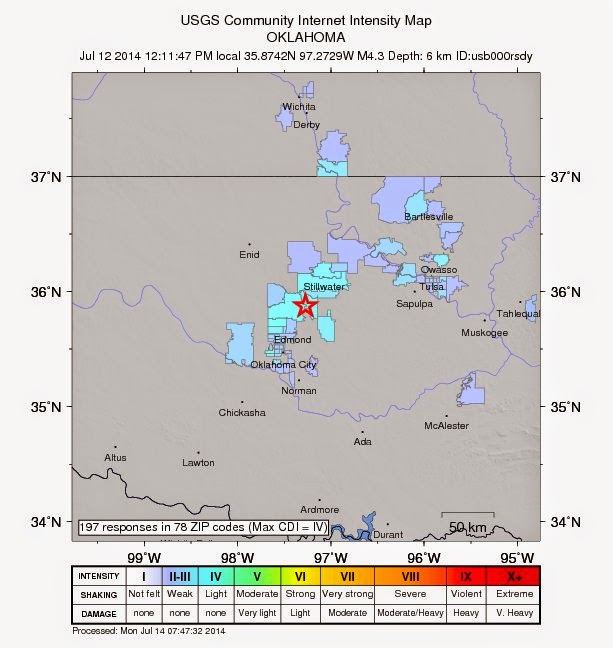 The ground motion map (there are absolutely no accelerometers here) is a classic thrust-shear combination.  The long aspect to the NE is the shear, with a little directivity to the north.  The higher intensity in the centre is the thrust.