All right everybody, the earthquake insurance in OK is now underpriced by a factor of 10.  Get yours now, the deductible will be covered later through class action suits, and whining to FEMA. 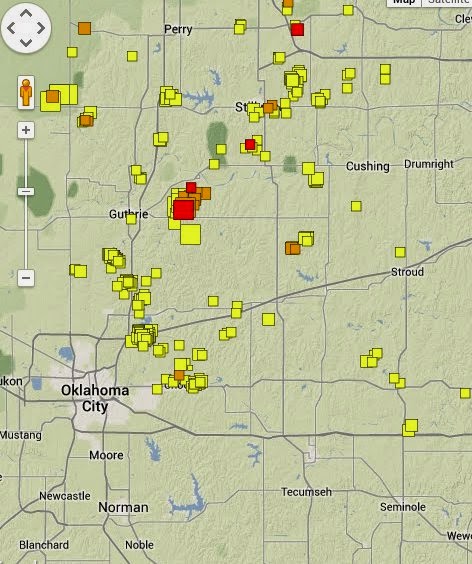 Another M4 just exploded.  This will make my friend's house rumble again.  I will tell a parable about exponential growth.  Seems Mr. Smith had a pond and a very aggressive single lily pad.  It started doubling every day.  Mr. Smith thought he had lots of time before it would cover the whole pond and then kill his fish.  After weeks, one day it covered half the pond, and Mr. Smith was alarmed.  How did he have to clear the lily pads?

That's right, one day!  Exponentials sneak up on you.  And there is nothing more exponential than an earthquake.  The next one isn't 10% worse, it's ten times worse!