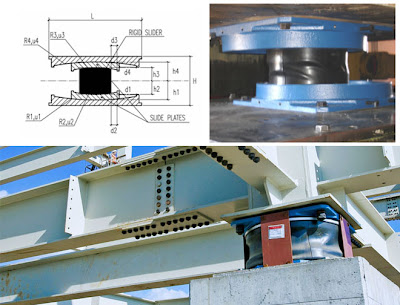 Stretching across more than 2 million square feet, the terminal doesn’t sit directly on the soil, but rather on more than 300 isolators, bearings that can move side-to-side during an earthquake. The whole building moves as a single unit, which prevents damage from uneven forces acting on the structure.

I haven't been a great fan of these things, but it looks like it could work here. I was more interested that they were using explicit finite elements (Dyna) to run the simulations. I love this stuff! I've done some of this code here, and I tried to push it at the old company. It's the only way to do earthquake analysis.

Now, if somebody would run these simulations for the whole shebang, from actual seismic generation, they would find it is better just having a good foundation, rather than using these base isolators. :)