The efficiency of the Earth as a heat radiator - Part 4 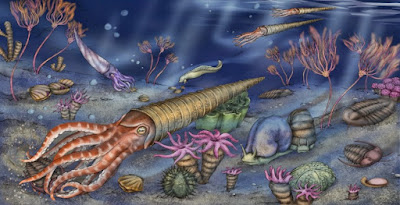 The bit about early life having a devastating environmental impact is just a shot at the greenies.  What goes around comes around, there isn't anything that the Earth hasn't experienced before, many times.  Digression:  We have no logic that takes us from organic molecules to DNA.  For a while I thought about Galactic Seeders, but now I believe in my "Theory of Evolution of Primordial Soup".  Just call me Darwin-2!  I'll take that secret to my grave.  :)

There was a great day in the Earth's history, one which is never mentioned.  That was 'Cross-Over Day' when solar heating became the greater heat problem for the earth to dump.  Maybe it happened a few billion years ago.  Maybe it hasn't happened yet, we don't have a great handle on this.  It's a question of solar infra-red conversion vs. geothermal flux.  Somebody should know.

Nevertheless, the earth has to shed a great deal of heat, and it has done so for a billion years, never getting too far out of shirtsleeve temperatures.  We no longer have a perfect radiator, it is bunged up by continents and, most of all, water vapour.

This is a gif of 'heavy air', saturated with water and constantly raining.  The big swirls are what causes our weather outside this zone.  Right now the big wad in the middle is El Nino, and California is getting lashed with storm plumes.  Good for them.  I'll tell you now that no matter how hot it is, that old space guy is not warming his hands over those clouds.  They are the perfect heat pump, moving the heat back to earth.

So, his only hope is warm ocean where there aren't those clouds.  This only happens with big ocean currents, and high-speed air.  The better this process, the more efficient the Earth Radiator.  Clear air over continents sheds all solar heat in an hour or two.  Ask anybody who's camped in a tent.