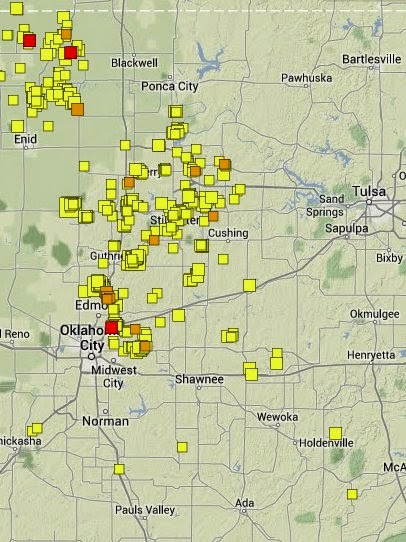 Oklahoma has been so boring lately, that I am desperate.  I first thought they had stopped injecting the good stuff into the main faults.  So much money lost .... nah!  Now I am convinced that the main thrust fault is putting up a good fight, mainly that it is currently locked.

If the thrust doesn't move then the whole mechanism is locked.  This happens all the time, and is one reason that you can't extrapolate this kind of stuff.  Think of it as a potential landslide which starts to move, with huge tension cracks, and then completely stops.

Thus, I like the larger earthquakes on the thrust.  They have to be way over M4 to get a focal mechanism, but there may be hints by the felt reports.  Usually, there is a confined felt area, and the magnitude is adjusted downward.

Update:  This produced some reports of an Intensity V, things knocked off shelves, which shows that it is a good thrust fault, with a hammer zone under some houses.

Super update:  This was a foreshock for an M4.2.  Now we're talking, the fault is free!  Aaack!  The fault plane solution is extension, which is insane.  I'm going to have breakfast. 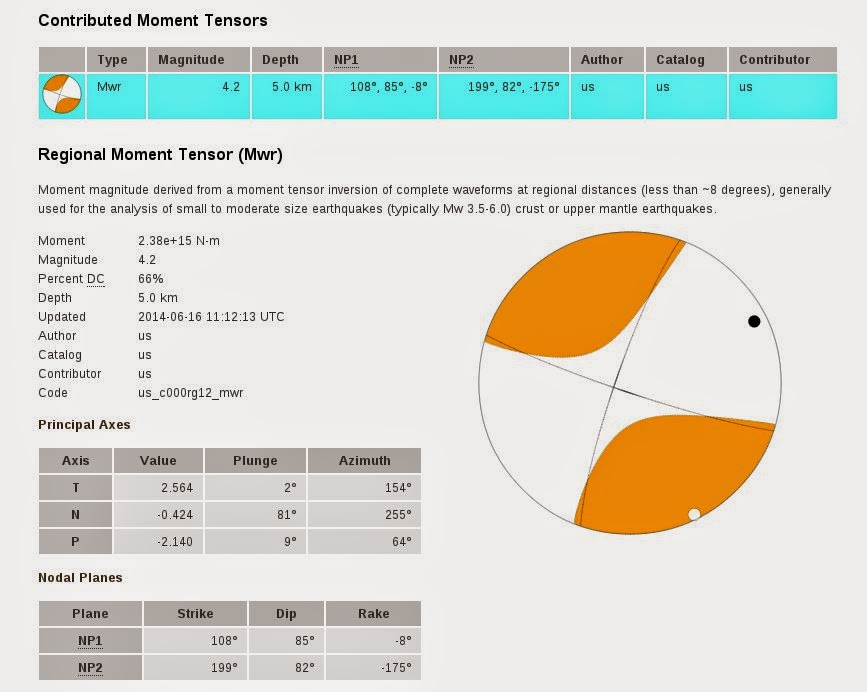 Another update:  That stupid M4.2 really was extension!  Not a speck of ground motion, much less than the previous, and the only Int-V was very far away, on a very soft swamp.

Blathering:  Bumped up to 4.3 which is normal for normal.
Posted by Harold Asmis at 7:19 AM