Ha, one in twenty chance!  But really, this is the earthquake I've been 'predicting' for some time now, based on the sound methodology of the climate scientists.  Mainly, a two-point, pencil-thin, linear projection.

Ha, don't argue with me that there is no physics here!  I've got more physics here than 'them'. 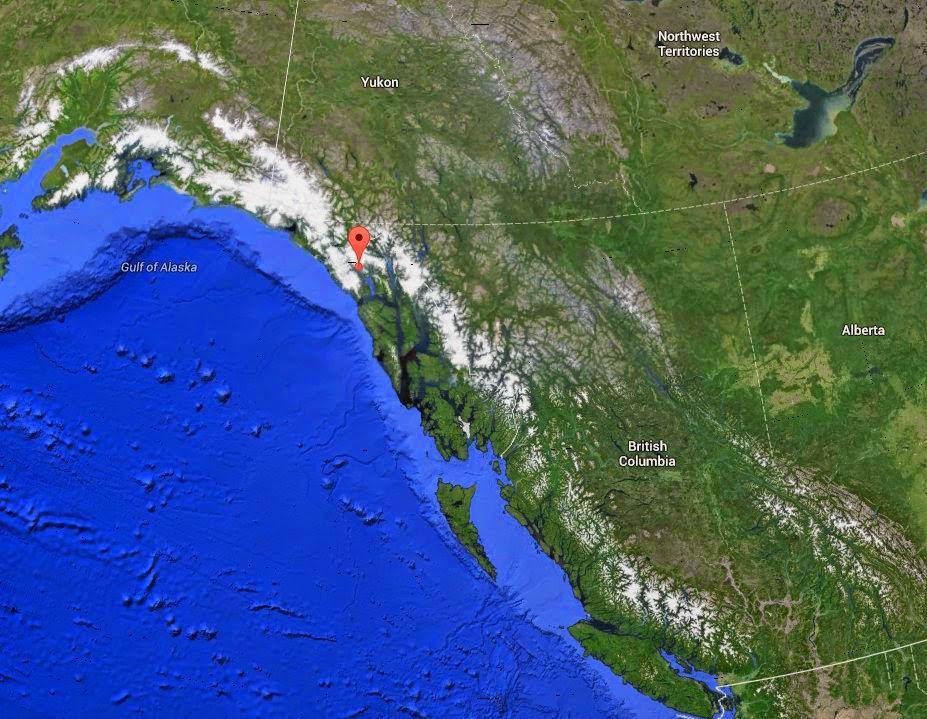 I've grounded this on the two big M7-ishes up the big strike-slip fault (transform) up the side.  Based on my wonderful methodology, you need another ~M7.5 to complete the run in the armpit.  This, then, clears for the M9 that is needed every 500 years or so to keep the fault clean.  (Mother Nature is very fussy about that.)

The nice thing is that the M7.5 and the M9 won't do a thing to nobody.  No tsunami.  No real ground motion.  Only a cabin with a brick chimney on a swamp may have to worry. 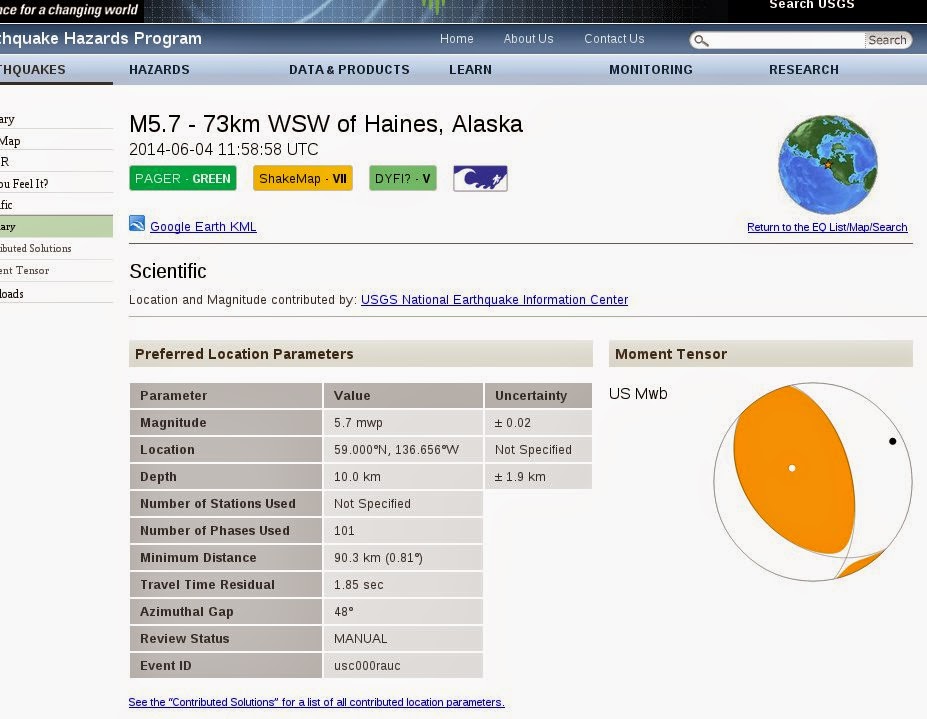 The fault-plane solution is messy, as befits an armpit.  This is where the subduction meets the transform, and who knows what will happen.  I suspect that the main shock will be mostly shear.