Bell Canada has every appearance of wanting to kill Peregrine Falcons

Bell appears to have set up a diabolical snare to get our falcons in the neighbourhood, or so it appears.  I'm not accusing anybody of anything.  Note how careful I am about wording.  I'm afraid of these guys. 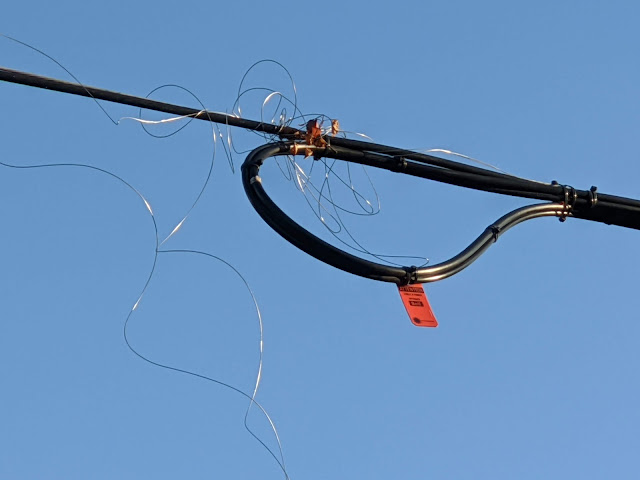 I have a hilarious chain of emails where they promise to do something, but never do.  Is this conspiracy or bureaucratic incompetence?  I'm going for conspiracy.

Our falcons zoom down the road at 100 klicks to scoop up squirrels.  So, this is the work of a squirrel lover or falcon hater.  I imagine that the top Bell guy had his ugly toupee snatched up by a falcon who thought it was a squirrel.  Poor falcon.

Following the facebook logic that controls the world these days, I would say that since I saw this snare, there must thousands of them around the place.  I would advise bird lovers to look out for them.  If you love falcons please make a stink to Bell, or the hundreds of gov't agencies created to 'control' Bell.  They don't do anything, but they make a cushy living.  Give them a note.

Here is a picture when they only caught leaves, but they reset it for the falcons, so it seems. 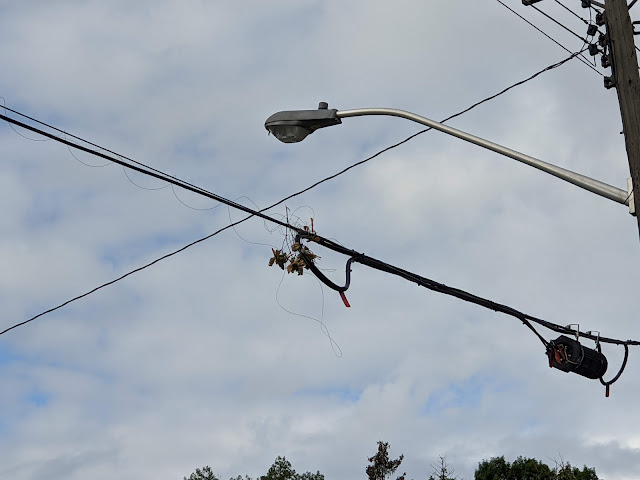 This may be a massive conspiracy.  It is not the product of lazy stupidity, as I am always saying to Penny.  I have too much respect for Bell.

ps.  these are conclusions and extrapolations based on observation.  Everybody does that.  I have no intent of implying wrong-doing or criminality.  I'm not telling my friends at the Executive.  They can find this out from their Internet reputation services.  Please repeat on twit and fb.  Nobody reads my blog.

ps I did send it to them, knowing that they'll promise again.  I said that maybe somebody important will read this.  Who knows?

pps.  there's no response from anybody on this, so we will assume Bell will just carry on.