-continued from Part I and II.

The big bug-a-bear that terrifies the bureaucrats is Flow Assisted Corrosion (FAC). Since no political person wants to leave their backside 'Britney-esque', you mention this word, and the money flows like water, albeit with its own type of 'corrosion'.

FAC has become a big deal, since some super-thin steam pipes in Japan burst, and killed some people. FAC is a wonderful concept, which means different things to different people. To the chemical person (who dominate the big company), it means accelerated general corrosion, somewhat associated with flow. They have no concept of flow forces, flow patterns, etc.

To the geologist-physics person, it means flow erosion, somewhat sped up by rusting. These two mind-sets are on different planets. For example, here is a picture of Ontario drumlins, which is a glacial landform most likely caused by high-velocity water flow under an ice sheet. It is obvious that areas of higher flow eroded (corroded?) the bottom clay faster. The process is somewhat unstable, in that once a trench is formed, it tends to flow faster. Thus, you have these marvelous 'airplane wing' patterns. 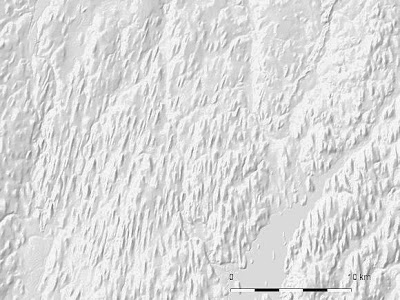 Now, FAC first appeared in very soft metal, such as copper or aluminum. Here are a few pictures. 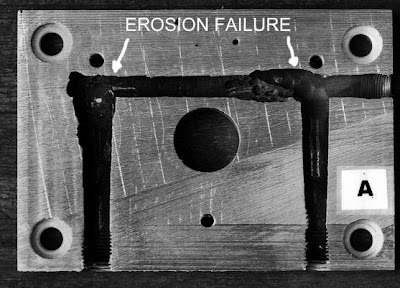 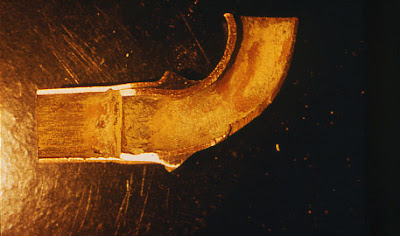 You can see classic unstable flow patterns, much like the drumlins. That is because, once a pit starts to form, turbulence increases, and it continues to be excavated.

It took a sheer act of amazing brilliance for somebody to extend this process to carbon steel. In doing so, they really had to push some things, and make up a story that convinced chemists.

The Candu feeders are made from the finest and hardest carbon steel. They are very thick-walled, and designed to take a lot of abuse, as well as lose a little thickness from corrosion. The idea of FAC on this stuff would be laughable, but for the total ingeniousness of the money-seekers...

(to be continued)
Posted by Harold Asmis at 8:57 AM