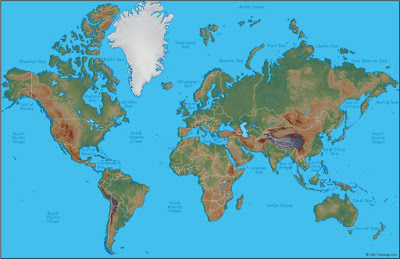 If we use the 'fairy tale' method of Philosophy Science, we can say that the Earth has always (last billion years or so) had the same ratio of land to ocean.  If we look at hard physics, we can see a reason, which was outlined in my series on Earth heat radiation.

In a nutshell, since my articles are impossible to find, the Earth has struggled mightily to shed heat to outer space, not just the solar influx. 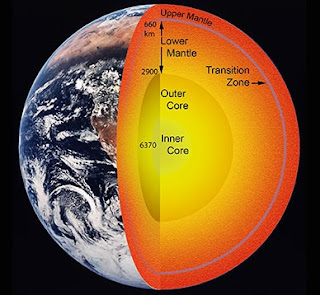 It's still doing it now.  So if the Trumpy Magical Galactic Emperor ordered more continental mass (because someone on Earth insulted him), or to kill everyone by drying up the Earth, he couldn't do it.  He would be Balanced.  The Earth has to shed heat, and it does it through the ocean basins, and circulation of ocean water, which is our big CHU (central heat unit) water cooler.

If you create more continent, you are insulating the chu. Can't happen.

However, His Royal Trumpiness could invoke magic and move the continents around.  Depending on his mood, he could create a Snowball Earth, or the Return of the Dinosaurs.  If he chose Snowball, then would evenly separate the continents for maximum Heat Radiation Efficiency.  If he wanted Dinosaurs to stomp us, then he would jam all the continents together.

So, with continents jammed together, we have the Mesozoic, and we get back to the title.  Remember those oceans of water?  They all come back because the continents are a giant thermal blanket, and the heat builds up.  This bakes the crust and gives us a huge amount of water vapour.  That thin band of clouds which we have now, becomes a huge band covering the earth.  Constant rain, and global warming (the real kind).  We large mammals can't survive, because it's too stinking hot!  Dinosaurs eat us.