Oklahoma is setting up for the tank-buster earthquake 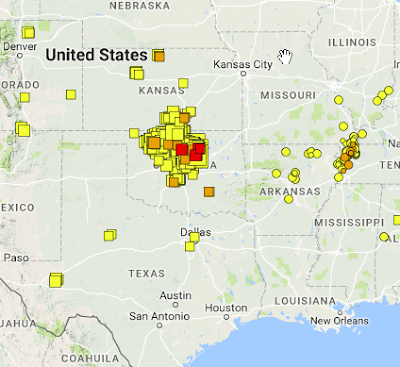 Now, I could state all the usual qualifications, but I follow trumpypants.  There have been a lot of shallow thrusts under Cushing, as well as distant 'strain gauge' earthquakes.  This sets us up for an m6 shallow thrust under the tanks.  Whoooeee.  The busgus has stated that the number of earthquakes will soon approach zero while the size of each one goes to infinity, so it's nothing to worry about.