This negates my 'Toyota Sucks' article.  Basically, they still insist the battery is good (although they did 1/4 of the tests required for an AGM battery), but they are giving me the benefit of the doubt.  I was about to embark on a glorious social media war, but this stops it cold.  The following is a very positive letter and one tenth of what I was going to do. :)

Dear Akio Toyoda,  I appreciate your new big push to appeal to the young.  My kids are into the whole California start-up thing, and will be the only young people to afford cars.  Already they are test driving the new Lexus to get Harry Rosen stuff. 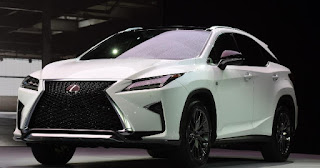 I love this design because it reminds me of my favourite cartoon character when I was a kid.

Anyway, if you want to appeal to these start-up people, you have to revamp your internal systems to be quicker and more responsive.  When I tried it, I was basically told to drop dead.  Improvements would be good.

I think vw succeeded with the young because they let the young people run riot in the company, and shut the doors to the kindergarten.  It was inevitable that they had the classic 'rogue trader' problem.  You should not do that, but treat the young, as traders who have to file risk reports.  Right now, I suspect they are smothered.

I love you, Toyota.

ps.  Poor manager, he was told by his people that the battery cost one half of what it really was, when he made his magnanimous offer.  No fancy lunches for a week!  I don't think they know anything about an AGM battery.