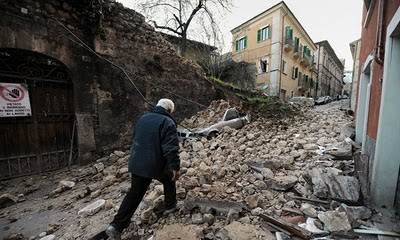 The only way to overcome that, he continued, is through constant communication. Once-a-year earthquake drills, like those in California, are not enough. The messages have to be everywhere, repeated ad nauseam.
“If you want to sell earthquake preparation in a way that it affects human behavior,” he said, “you have to sell it like Coca-Cola.”

They also said that humans are hard-wired to ignore rare, high-impact events, and I believe that.  So I don't think you could sell your bottle of doom anyway!  As well, you could go on trial if the event did or did not happen.