I'm taking a word from volcanology - paroxysm, meaning to throw a hissy fit. 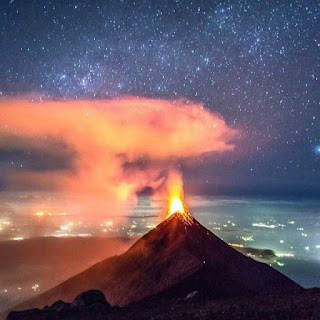 This is Fuego in Guatemala.  I could see it throughout some of my trip.  It was always smoking for us, but we missed this paroxysm.  It's just a show, doesn't bother anyone, just like OK earthquakes.  Let's forget about other implications. 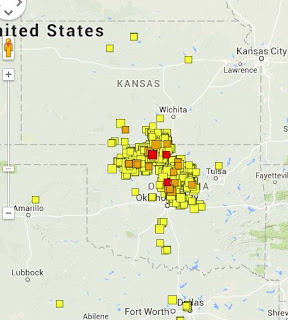 OK had a big parox (shortened it for lazy typing) in December.  It activated New Madrid.  After it was over, I knew that it had shook everything out for a month or two.  Now I can see it coming back to life, probably something in a month.  Unlike Fuego, the next one will always be bigger, as all the stresses start to align.  I've decided they can continue to wash out oil for next to nothing, so they will be always injecting.

I'm still on for a big blowout within a year.  As usual, the boring fine print says the uncertainties are longer than our lifetimes.