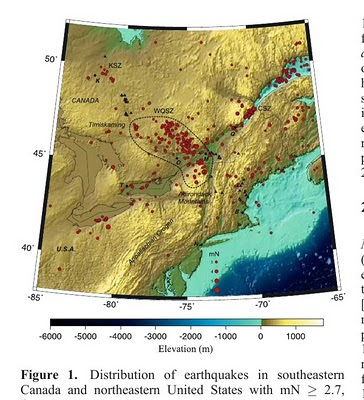 WQ is somewhat weird in that it has a very steep b-curve, which means it is fractally 'crunchy'.  It has a lot of M5 and under quakes, and very little major seismicity.  You have the Cornwall and Temi earthquakes at both extremes.  It's my opinion that the zone is extremely fractured, and there are good physics reasons why it can't go big.

This paper pushes the fact that the area over-rode a hotspot, which zipped down from the north, and formed all those anomalous 'mounts' like Mt. Royal in Montreal. 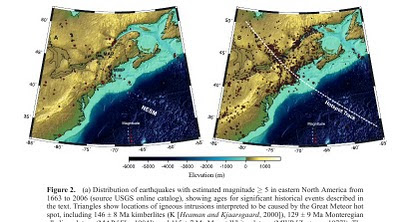 -to be continued
Posted by Harold Asmis at 11:40 AM