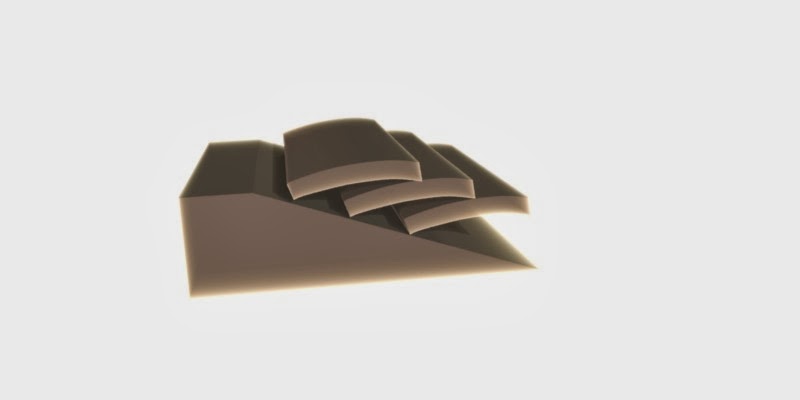 This deserves it's own chapter.  The footwall is boring.  How did the hanging come to this sorry state?

A long time ago (1 billion years), there was just a stump of continent.  The ocean out east was big, but was closing, much like the ocean around Japan.  There was a succession of big subduction zones off the coast.  In crustal geology, they are called terranes.  Then it all got schmooshed together.  The terranes got plastered on to the continent like bugs on a windshield.  The hanging wall rode up the footwall into giant mountain ranges, that would rival the Big Ones.  The ranges were straight as an arrow down the side of the continent.

Somebody turned off the squoosh switch.  Now these mountains had nothing to hold them up, and they started to slide down the footwalls.  Then see what few hundred million years of erosion would do to you!  It went down to rolling hills, and giant basins filled with Cambrian sands.

After that, all this nice rock got silted up.
Posted by Harold Asmis at 9:10 PM